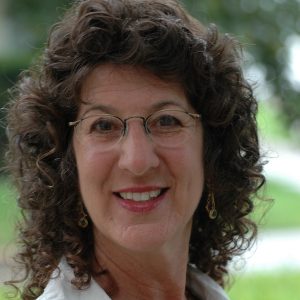 Topaz Weis is a Registered Expressive Arts Consultant/Educator, Co-Chair of the REACE Professional Standards Committee for IEATA (International Expressive Arts Therapy Association)a SoulCollage® Facilitator, artist, speaker, astrologer and mother. She is the founder of Expressive Arts Burlington where she works with individual clients and groups engaging their imaginations and exploring their creativity.

Topaz offers supportive classes and workshops that allow us to explore our past, present, and future directions in a multi-sensory way, providing different perspectives and new ways of knowing. Her work, informed by many years of study in multimodal expressive arts, dance, theater, and  trans-cultural mythology,  empowers people to come together for fun and profound experiences which refresh the spirit and grant new and exciting pathways towards growth and wholeness.

She is gifted with the ability to empower people to expand beyond their preconceived self-limitations and strengthen their connections to themselves, their community and the Earth.

Topaz services an international clientele in person, by phone, via Zoom and in sponsored engagements. Her work has helped individuals find a deeper meaning in life, rediscover their creative spark and integrate their inner and outer worlds.

We teach what we most need to learn 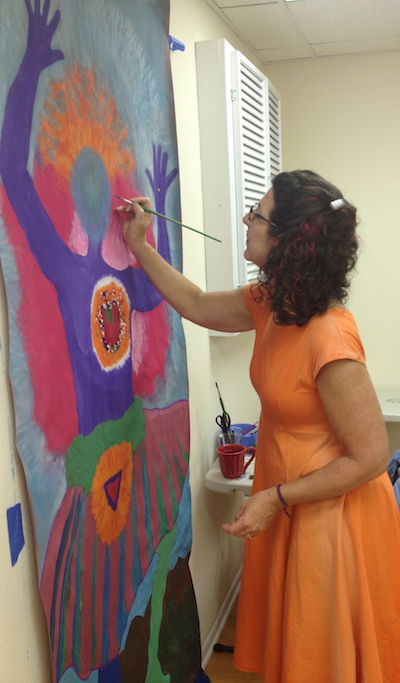 You’ve probably heard the saying, “We teach what we most need to learn”. This phrase has served as a guide post for me in my work for many years. I have spent the better part of my life learning how to claim my voice, honor my wisdom, and silence the inner critic who questions my abilities and talents.

I was raised with a sister who has a natural ability in the visual arts. In our family the arts were compartmentalized. I got to be the singer/dancer/actress. She got to be “the artist.” Whether I consciously made this decision or it was made for me early on, I hung my hat on the belief that I couldn’t draw a straight line. I would freak out anytime I had to draw anything and so never really tried. I poured myself into the performance arts and found a home there.

In my 20’s after singing, dancing and acting my way through childhood I became enamored of working with fine metals and working with fibers, yarns and felt. I spent exhilarating hours in the studio, forgetting to eat, drink or sleep. I felt alive in the process and thought I had found my calling to be “an artist.” But, I was always comparing what I made with everything else I saw and began to believe, again, that I really didn’t have any artistic talent and so I walked away.

I worked in marketing and for non-profits, traveled and sang my way through Europe, North America and Mexico. I helped stage very creative and colorful actions and happenings protesting nuclear proliferation. I stood with the disenfranchised; farmers of the mid-west, Navajo and Hopi people fighting against the forced relocation from their ancestral lands. My life became my art.

Then in my late twenties, I heard my true calling.

It happened while watching a slide-show called “The Brick Project” which provided a glimpse into the very healing process a group of inner-city school kids from Brooklyn had while making art out of bricks taken from their community’s crumbling tenement buildings. The kids harvested the bricks, dressed them up and sold them at a prestigious gallery. The whole process was healing. It touched the individual, the community, the environment and raised awareness on a political level.

I enrolled in the Expressive Arts Therapies program at Antioch University and set sail on a path that lead me through 7+ years of private practice, the development of my former company Travelling Temple, a mystery school offering a diverse array of classes and workshops focused on self and community empowerment, then on to marriage and motherhood and…stagnation.

Like so many women through-out history, I lost my “self” somewhere between saying “I do” and putting my second child into kindergarten. I adore my husband and children. I had, however, created no place for my passionate, free and creative spirit in the structure I had created for myself with them.

After attempting to put the blame on everyone else for my loss of direction and happiness, I finally asked myself, “What did I put on hold when I embarked on family life?”

I changed my tack, came about, and sailed in to the European Graduate School to study Expressive Arts in Conflict Transformation. I soon realized that I don’t want to work every day surrounded by issues of crisis and conflict.

I asked myself, “Why did the Brick Project work?” Answer; it worked because those kids who lived in a crazy, dangerous world, got to be kids. They got to play. Sure the process produced a sellable product, which was the icing on the cake. But the healing occurred well before any money was exchanged. Those children were given a safe and supportive container in which to express themselves. And I thought, “I want to do that.”

Studying expressive arts facilitation now is very different than studying expressive arts therapy was in the 80’s. The biggest difference lies in the focus on the art and not on psychology. I had previously been educated to be an expressive arts therapist and though I knew I didn’t want to be a therapist again, I wasn’t sure what a “facilitator” did or how she did it. As a therapist, I was basically in charge. I sat back and watched my clients engage in the arts then helped them interpret what they did or made. I listened and made connections relating events in their life to lessons I perceived they needed to learn.

At EAFI I was encouraged to have my own personal arts practice; to be the artist and, rather than interpret the images, listen to what the art was saying.

The expressive arts facilitator does not need to make a diagnosis or interpret the art that is created by the client. She is there to create a safe container in which art can be created and work as a guide to help the client/artist engage with their own work. It’s all in the process and in the art.

At first I was petrified. I thought everyone else would be trained artists and my work would stick out like a sore thumb. But as I dropped into the process, I found that the work I expressed spoke very clearly to me. Sometimes it was even beautiful. When I allowed myself to reserve my judgments and asked my inner critic to leave the room, I had that same ecstatic, exhilarating feeling I had experienced in the fibers studio.

When I gave myself the space to play, to trust the process and express myself through the arts, I was able to get to that place I needed to go inside myself to find my direction in the outside world.

I opened the doors of Expressive Arts Burlington in September 2013. Since then I have been creating opportunities for people to come engage in the creative process with me.